Minutes of the general meeting Sunday 26th of November 2017

The General Meeting commenced at 4.00 pm.

Welcome from the President.

Apologies as listed on the attendance list were accepted.

The minutes of the previous meeting on the 6th of August as distributed by email was accepted as read.

Secretaries Report was read by the Acting Secretary as follows.

Ida Lewis of the Illawarra Retirement Trust did not proceed with the meetings organised to discuss residents from the IRT participating in community gardening in Thirroul.  Ida stated in her email:

Sorry but we have to cancel today and unless I get a full bus load (6 residents) I will not be able to proceed with this.  Can you please leave this with me and I will be in contact with you if we are to proceed.-  Ida Lewis - Team Leader -  IRT.

The Church Street power pole  20 metres north of Roxborough Avenue circled in green now has a light fixture installed.  This has made a significant improvement to pedestrian access to the commuter car park.

Council also stated that the issues with the lighting of the car park across from Beanstalk is currently under investigation. 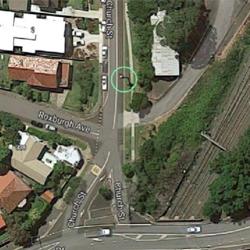 There was no response from Telstra regarding Condition of their facilites next to St Michaels School.

4) Poor condition of the Children’s Park at Thirroul Pool

There was no response from Council regarding the condition of the Children's Park near Thirroul Pool. - See further comment below.

5) Future of the Plaza

Jeffrey Hunt, the duty Planning Officer from WCC rang in response to the inquiry sent to WCC regarding pending plans (if any) for the Thirroul Plaza Shopping Centre.

He stated that the Development Application dated 2004 was the last major development application approved for that site.  That DA could be still active if there is evidence that some development has commenced.  This could be fencing or demolition on the site.

Murray heard from a significant local land owner that the Plaza site has recently changed hands and the new owner is well respected for his past commercial developments.

Erin O'Dwyer is campaigning to improve pedestrian crossing facilities along LHD.  These are envisaged to be in the form of pedestrian islands similar to those in front of the IGA.

Comments in regards to Secretaries Report:

No changes to the bank balance of $3860.36 - Moving forward with online banking to remove need for cheques.

Councillor Jenelle Rimmer was introduced.  At the last Council Meeting Councillor Rimmer moved to ask Council investigate the possibility of connecting Phillip St to Foothills Rd and for Council staff to investigate how to improve traffic flow between Bulli and Thirroul.  The Councillor spoke briefly then through a process of question and answer and open debate the following issues were discussed.

The following three sketch maps were handed to the Acting Secretary. 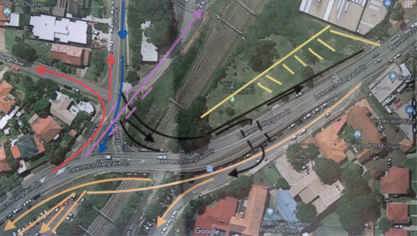 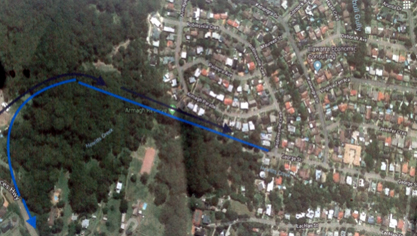 President thanked Councillor Jenelle Rimmer for her attendance and everyone for coming.  President spoke about the Thirroul Village Committee and encouraged more people to attend.