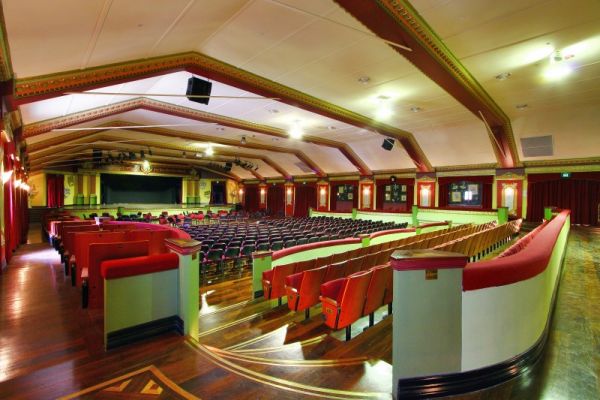 The elaborate King’s Theatre built for Wollongong Theatres in 1925, operated continually until April 1965 when a progressive downturn in patronage which had begun in the early 1960s forced its closure. In December of the same year the cinema briefly reopened however as ticket takings failed to improve in July 1966 the cinema closed permanently.

In 1968 the building was adapted for roller-skating and continued to function in this capacity until the mid-1990s.

In 2003, Illawarra businessman John Comelli purchased the vacant and deteriorating building. After extensive and costly renovations King’s reopened in 2007 renamed “Anita’s Theatre” after Comelli’s late wife. Since that date the theatre has played host to a concerts ande live performances, however, is presently on the market, its future uncertain.

The theatre was designed by the architect’s and is notable for being one of only a few extant cinemas designed by renowned architects Kaberry and Chard. 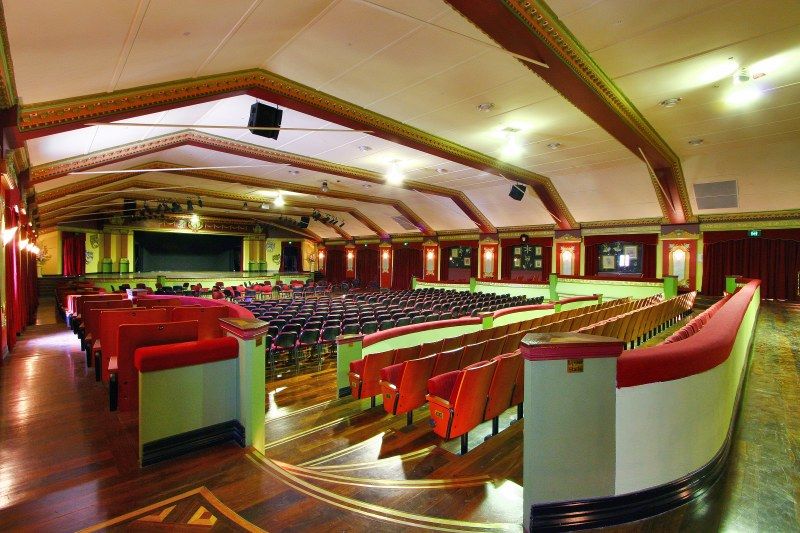