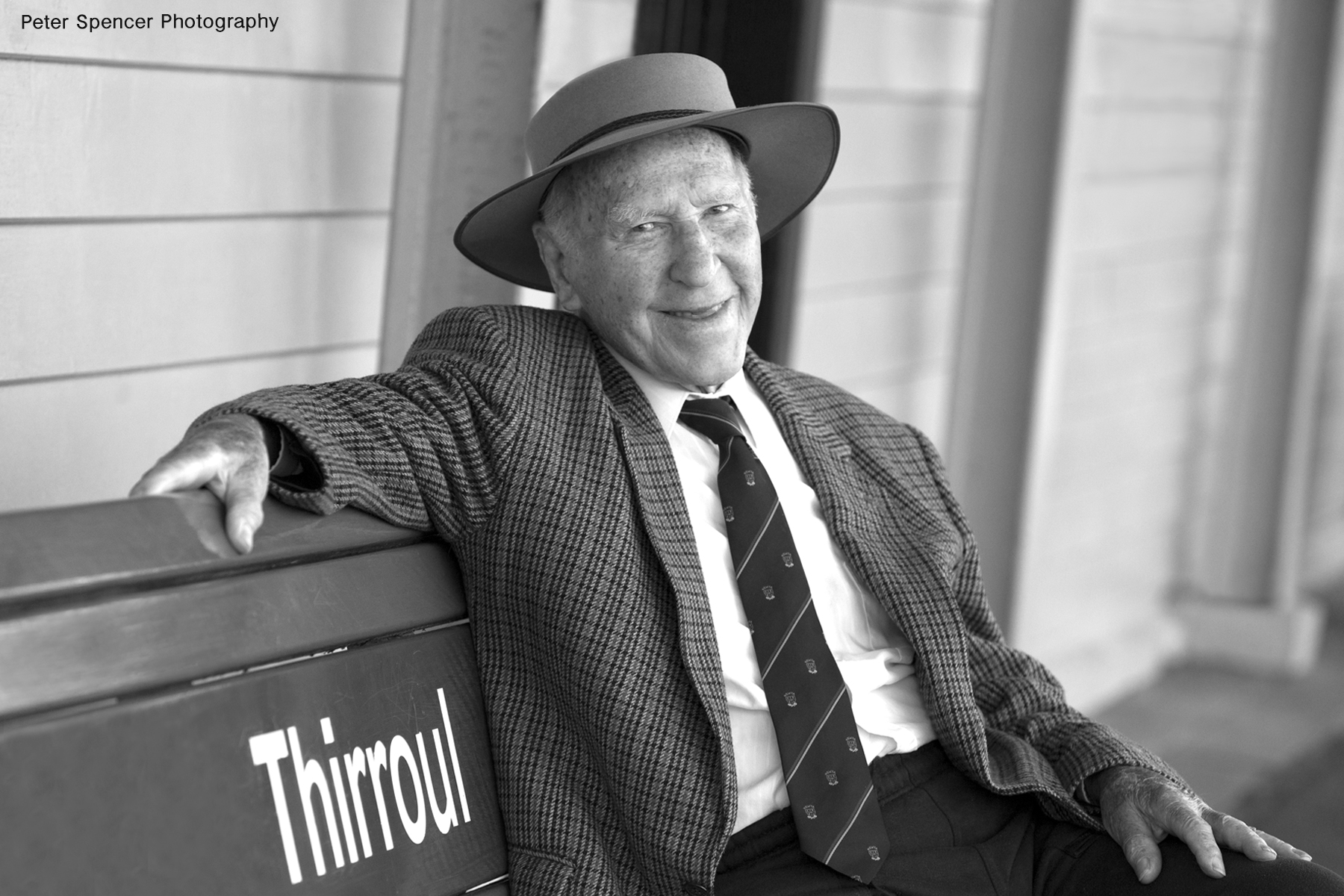 Arthur Donald Gray (Don) was born at "Braemar" Goulburn on 11th December 1919. His father Fredrick William Gray, was employed with Railway
Locomotive Depot as an examiner of rolling stock and his mother, Sarah Sophie, came from the farming family.

Don has two older brothers - Ken & Sid - while Max his younger brother was born some years after the family moved to Thirroul.

"Braemar" is a large country dwelling some six miles west or the city of Goulburn, & Don says it is a mystery how a working class family came to occupy the house. Mrs Gray would have been rearing three young children there, miles out of town, although the family owned a sulky and a horse named Midge. They visited Wombeyan caves in sulky - some trip for a couple with three young children! Don remembers his mother had a couple of pieces of souvenir limestone on her dressing table for years after.

1922 Don's father applied for a transfer to Thirroul & it was granted, much to the glee of the whole family, as Thirroul was considered the pick of the railway depots in the state of NSW. The Railway provided transport and all the family's belongings were loaded onto a horse & dray, taken to the railway lards & loaded onto a covered wagon.

Mrs Gray & the children travelled to Thirroul by passenger train & Mr Gray was waiting there to take them to the cottage he had secured for his family. This house was on the highway near Lachlan St, & the whole family watched on awe as the men connected electricity to the house that very day & they had electric lights for the very first time - "Oh, the joy of it" Shortly afterwards Don reached school age & he attended Thirroul Public School, before going on to the Wollongong Junior Tech School.

The fruit & veg was fetched once a week from the Sydney markets; Bob best & young Don would set in the lorry at 2 am & on there return don would have a good lunch at Mr & Mrs Best's place.

However being a delivery boy wasn't much of a career, so when he heard that the local garage was looking for an apprentice motor mechanic Don applied & was given the job. This meant working under a trusted mechanic name Tom Reeves. Don was enrolled at the Wollongong Tech for night classes.

At this garage was the district NRMA depot Don gained lots of experience in towing & repairs including spray painting & panel beating. The owners of the garage also ran a bus service on the Wollongong - Austinmer route & Don was soon required to do relief driving, all this at the age of 17! When he was 19, after two more years in the garage, Don was offered the full-time bus driver. The Misses Turnbull whip lived in Roxborough Ave kept asking if he would like to become their chauffeur, but that idea didn't seem very interesting to him.

Don was employed in the local coal industry from time to time; at the Excelsior mine he worked underground as a wheeler working with a horse drawn skip, taking empty skips to the contract miners and the full ones out of the mine, years later he worked underground at the south Bulli mine on coal production & thus gaining knowledge of all aspects of coal mining.

MARRIAGE
Don had a romantic interest in a young lady Lenore Key who had recently moved into Thirroul from Tamworth. They became engaged & were married when Don was 22.

A SOLDIER
At 20 Don called up to the Army Reserves, & after serving in various army camps he enlisted in the AIF in 1941. As the war progressed Don was involved in army units training raw soldiers. He also was a drummer in the army band. Eventually he was posted to the 2/33 Infantry Unit which formed part of the 7th AIF Division. They had more training in QLD then embarked for overseas, first Moraiti then they invaded Borneo at Balakpapan, which Japanese had occupied for several years. After a nasty period the atomic bomb was dropped, the Japanese surrendered & the war was over. Eventually Don came home by ship & the returning servicemen were given a welcome home by a band at the dockside.
Words could not express the joy when the young couple reunited, but Don says that his heart still fils with pain when he  thinks of the young men who were left behind in Borneo.

BOOK PUBLISHED
Ninety-two year-old Thirroul resident Don Gray OAM has released (June 2011) a self-published book of his memories called My Thirroul illustrated by local artist, Christine Hill. A children's playground was opened by Wollongong Council with a plaque carrying their names on July 4, 2012. Some of the art work evokes Don Gray's memories of an elephant stuck in the former Thirroul Beach lagoon on the current site of the playground - a story he recalled (and which Christine Hill illustrated) in his book. Don Gray died on April 28, 2013 aged 93 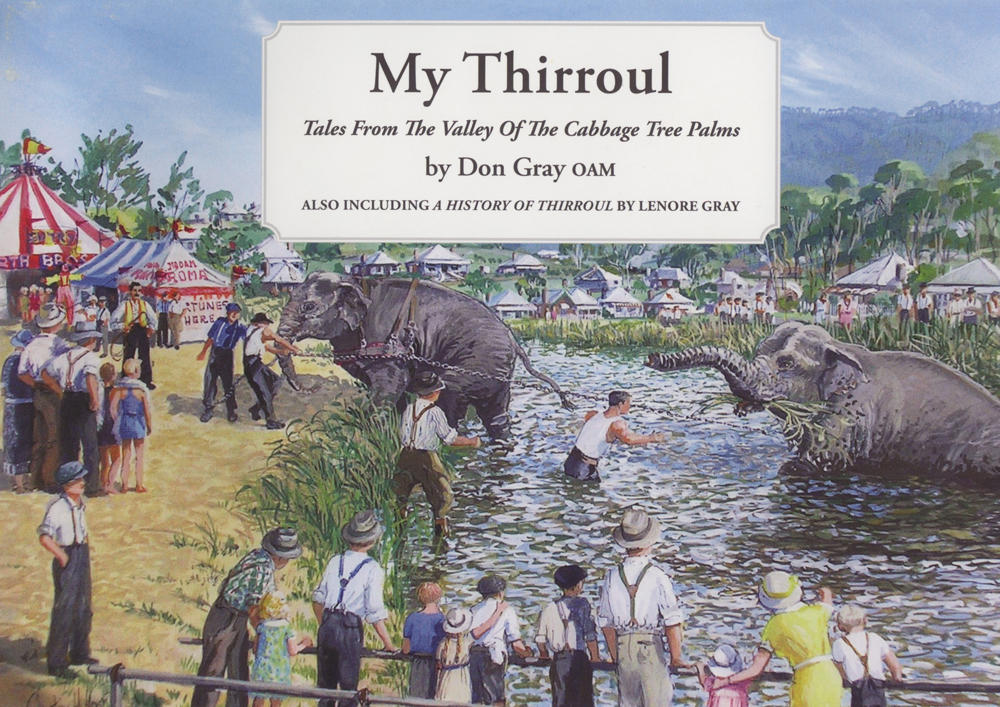